Typescript with React and JSX

This is an old post. Read the updated version for 2019. 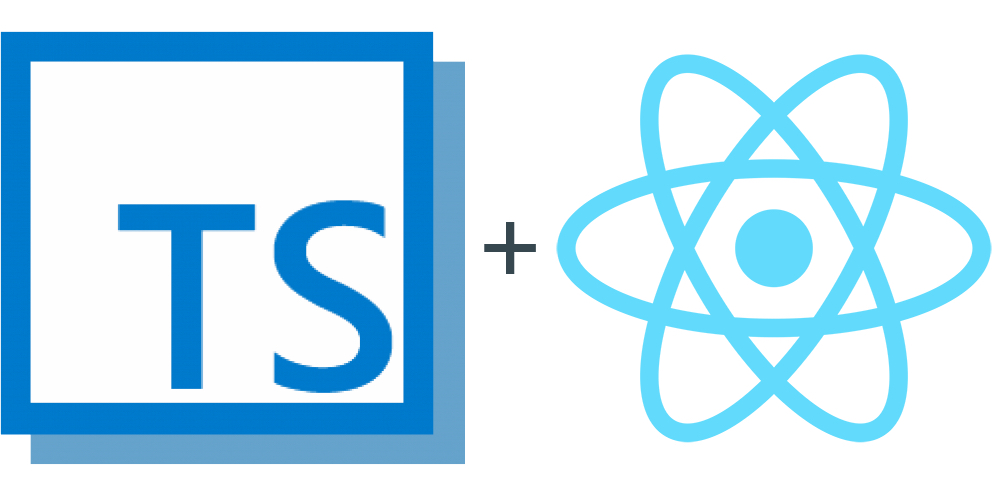 TypeScript introduced 1.6 beta on their blog in early September 2015, announcing they're adding JSX support. I decided to convert my project. Here is what I've learned.

Disclaimer: This post was originally written in early September 2015, when TypeScript was finishing their implementation of.tsx file format. It was more than a year since then, and things changed.

Take a look at TypeScript with React and JSX example on GitHub.

Update: On September 16th, the TypeScript team officially released version 1.6. Since then, it's not required to install typescript@next to get the version with JSX support.

If you're not familiar with TypeScript , it's a superset of JavaScript with additional optional typing. With typing, a lot of which is done with type inference and doesn't need explicit definitions, you will get full autocomplete and compile-time warnings or errors in your editor, IDE or at build stage. This makes the development productivity comparable to statically typed languages like C#, Java, C++ or similar. These features are great for productivity when working on any project, and the benefits only scale up with the growth of the project and the team.

You can also get completions for most libraries and frameworks out there. You achieve this by adding type definition files (.d.ts) to your project. These are available from DefinitelyTyped repository or via tsd CLI , which can be used to manage typing files similarly to npm.

What about TypeScript +JSX?

TypeScript and React could be used together from the beginning, but TypeScript didn’t support the JSX syntax until recent 1.6 version. This meant you had to use, for example

instead of more familiar XML (or HTML, if you will) syntax

Atom's plugin atom-typescript was offering compiling JSX syntax before the official support, but it was using Babel compiler to do that.

Also, Babel, or more accurately ES2015 syntax, is a bit different and therefore can't compile all of TypeScript's features, for example, class access modifiers. Don't get me wrong, I love Babel, it's a great tool, and I use it a lot. But I try to write TypeScript with little dependency on the editor. Therefore I prefer not to divert from standard features too much.

With official support, there are some important changes worth noting. TypeScript was already using <Type> syntax for casting a variable to a different type, which collides with JSX syntax and they can't just break old code. They addressed the issue by adding support in files with new .tsx extension. For type casting in these files, they've added the keyword as, so you can replace <Type> variable with (variable as Type).

tl;dr: You will have to use .tsx file extension. Typecasting <Type> variable changes to (variable as Type).

For support for JSX syntax with TypeScript compiler, the first step is to use TypeScript version 1.6 beta or better.

At the time of writing, version 1.6 beta is available on npm as a nightly build. You can install it with npm install typescript. The compiler doesn't just allow the JSX syntax; it's also packed with transformer, so you don't need to worry about extra build step.

I decided to change all .js files in my project to .tsx, even those who will probably never contain any JSX syntax. It's easier than changing it later.

But because I'm lazy and annoyed by renaming each file, I've created a script that converts all .js and .jsx files to .tsx. For your convenience, I've posted it below, so you can copy the script and run it in your terminal. There is also a script which will rename .js and .jsx to .ts and .tsx, respectively.

Never execute scripts unless you know what will they do!

Explanation of the script below:

find .: find all files in the current working directory (.) and recursive in all subfolders. Arguments:

Since this code is changing your file names and might not work correctly, make sure to use source control or back up your work before running the script.

Also note that this script will rename all.js and.jsx files from current folder and all subfolders to .tsx.

If you wish to instead rename .js and .jsx to .ts and .tsx respectively, use the following script. The only thing changed in this script, compared to above, is the last part:

If you find any issues with this script, report them as an issue at js-to-tsx repository.

tl;dr: Rename .js files to .tsx. Use script above or get it at js-to-tsx . Make sure you know what you're going to run!

To get the most advantage of using TypeScript in combination with React, I recommend adding typings for all modules you are using, if you can find it. Typings are TypeScript's "magic sauce" which give compiler information about modules and allowing it to provide better completions.

I prefer to use tsd , which is package manager for TypeScript's typings and behaves similarly to npm. Also, as mentioned earlier, you could go to the DefinitelyTyped repository and copy typings to your project directly from there.

If you are migrating an existing JavaScript project to TypeScript, there might be some compilation errors. There is, unfortunately, no simple guide or solution for all of them. I still tried to describe the three most common cases I've encountered:

If you encounter some special cases with specific modules, I'm sorry, but I can't cover all of those here. Try with TypeScript handbook , at module's GitHub page or on the Stack Overflow.

tl;dr: tsd is recommended for maintaining typings. Check the solutions for common problems and try solving module-specific problems at its GitHub page.

Webpack is an excellent tool for the development build process, and it's often used with React. I am using it a lot recently, not only for React development, but also for all front-end projects. It allows compiling of ES2015+, TypeScript, module importing with import or require and pre-processing styles with Less, Sass or other preprocessors and more. If you are unfamiliar with Webpack, their getting started guide will cover most of the basics you need to know. I warmly recommend to use it.

For TypeScript, there are few loaders available, and I prefer to use ts-loader since it's working for most of my use cases. Since we have installed TypeScript with JSX transformer, ts-loader can use it for all our compilation requirements. Adding it to Webpack requires two steps:

Your webpack.config.js should contain at least:

I use this extensions template for my projects, and I've included .js to match imports of npm modules, which are still in plain JavaScript. This configuration is straightforward and probably needs at least an entry point script. Explaining how the whole Webpack works would take a whole post and you can already find very good resources on learning Webpack.

tl;dr: Use ts-loader for files matching /\.tsx?\$/, as seen in webpack config snippet above.

I am noticing increased productivity after switching to TypeScript since the beginning. Now there is finally official support for the feature I was waiting for a long time. The switch from React with ES2015+ isn't that painful and shouldn't take too long, and it's well worth the time.

Again, to see an example, check out my TypeScript with React and JSX example on GitHub.

If you have anything to share about this project, feel free to leave a comment below or as an issue on example project's GitHub page.